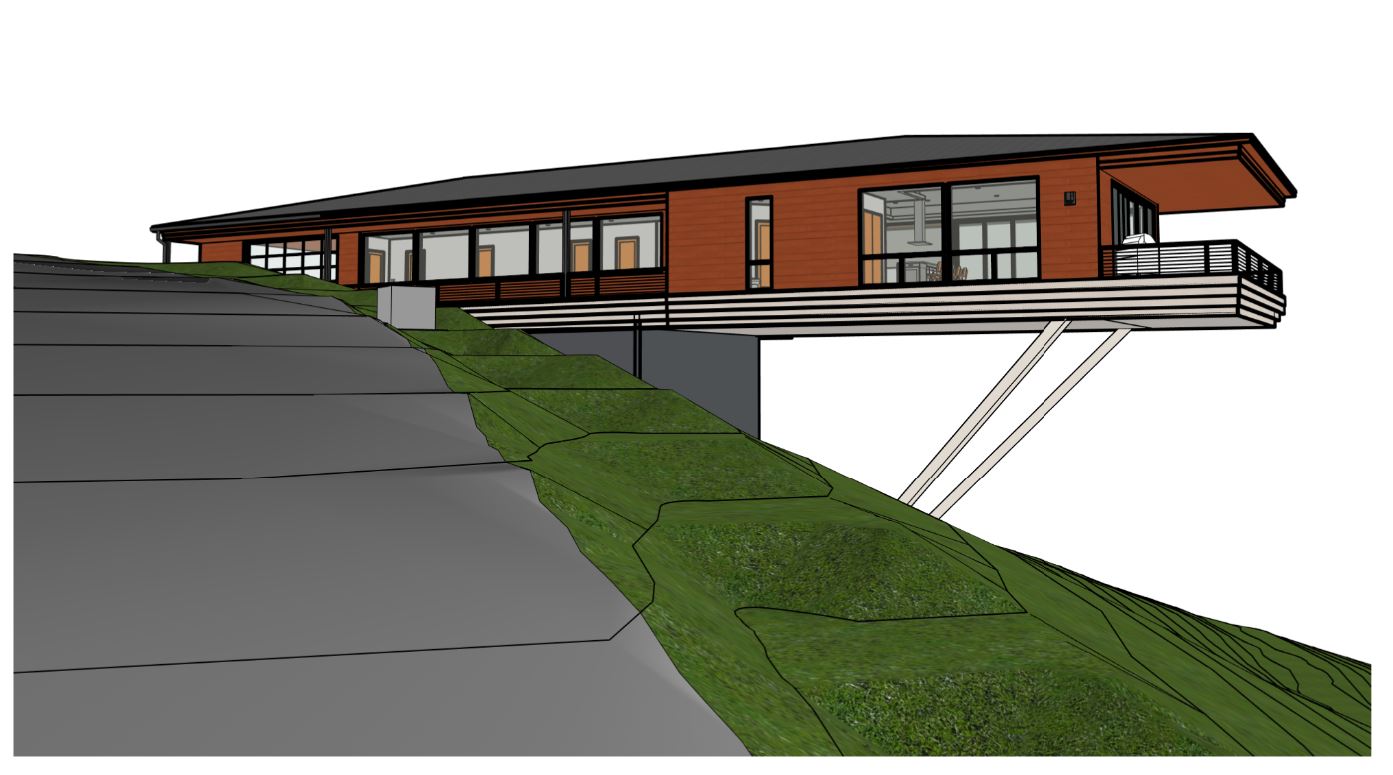 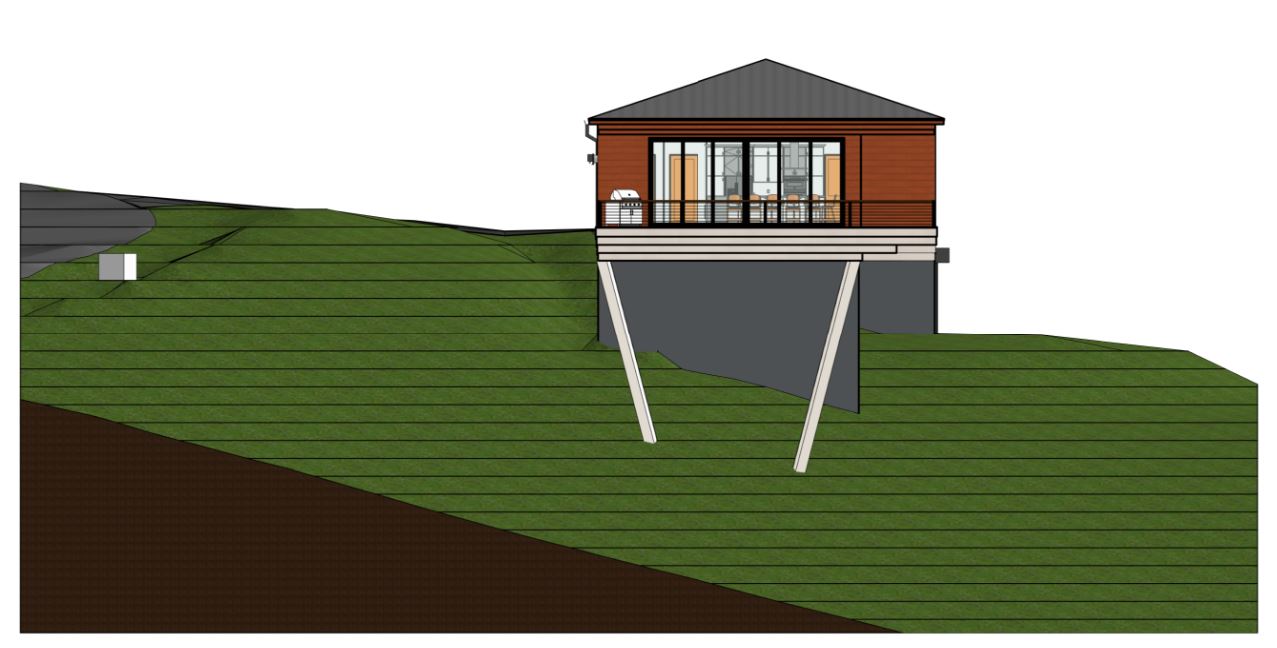 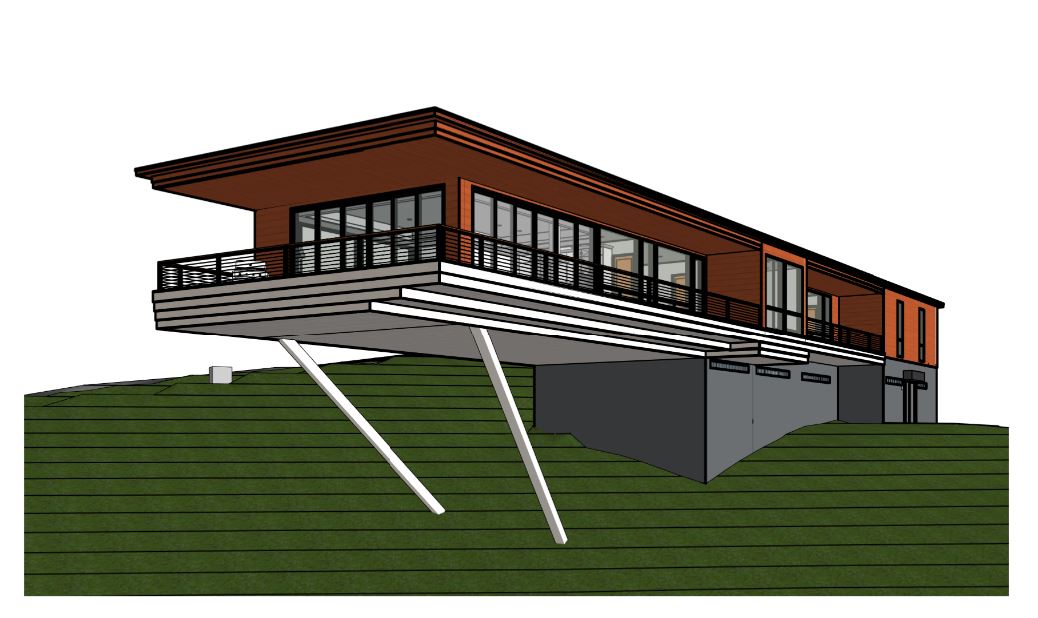 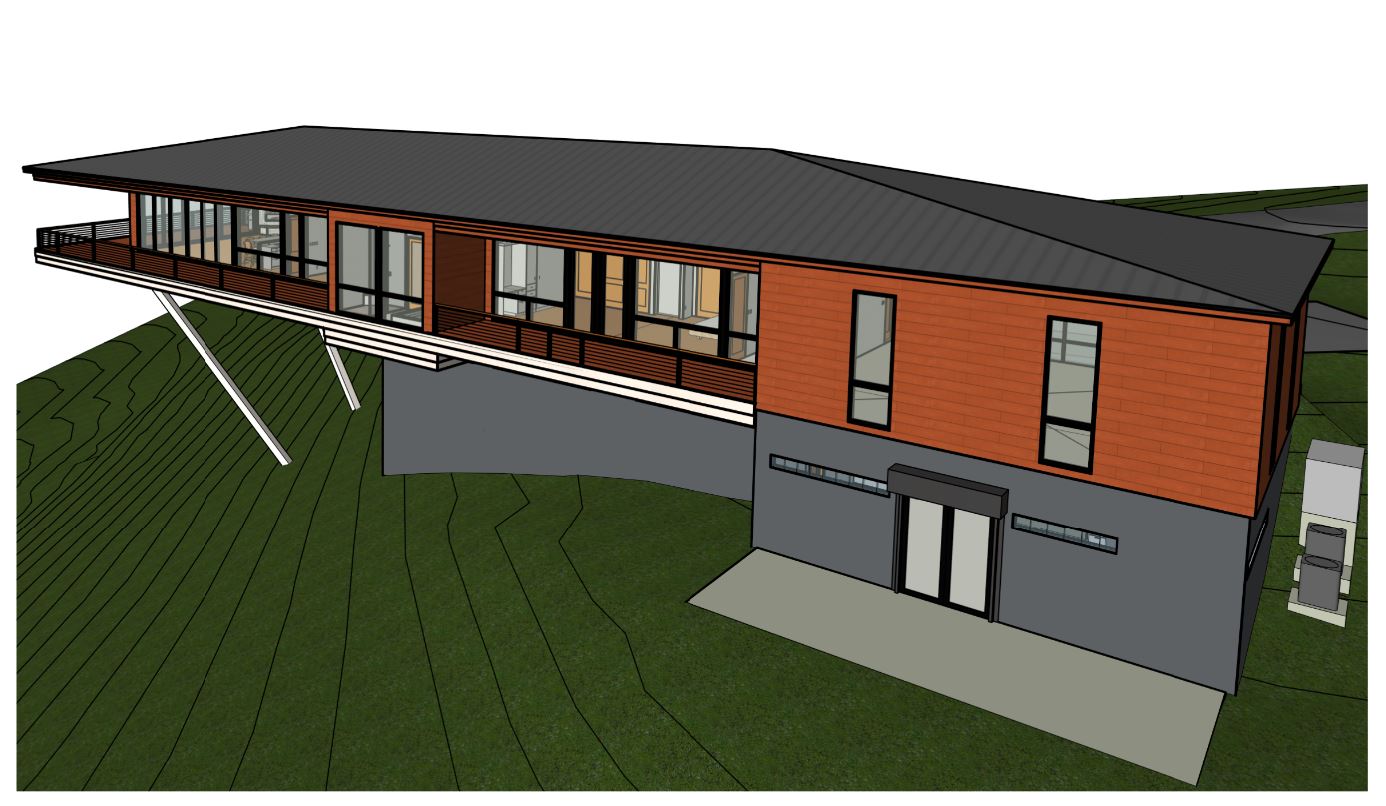 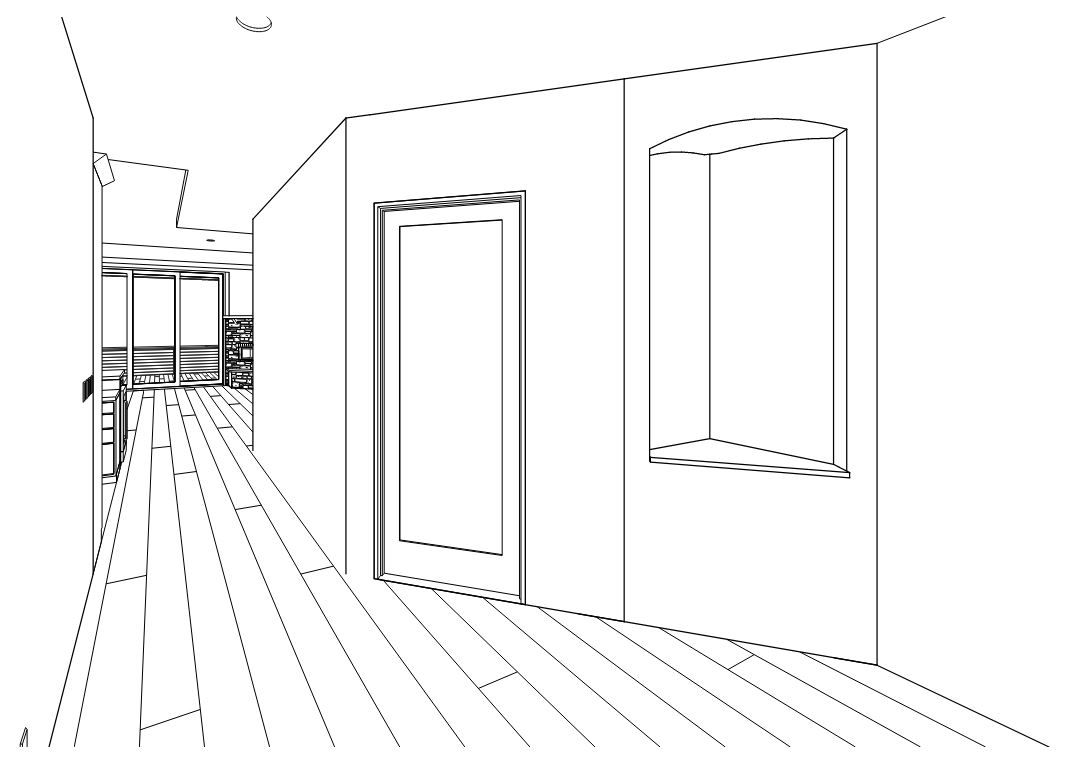 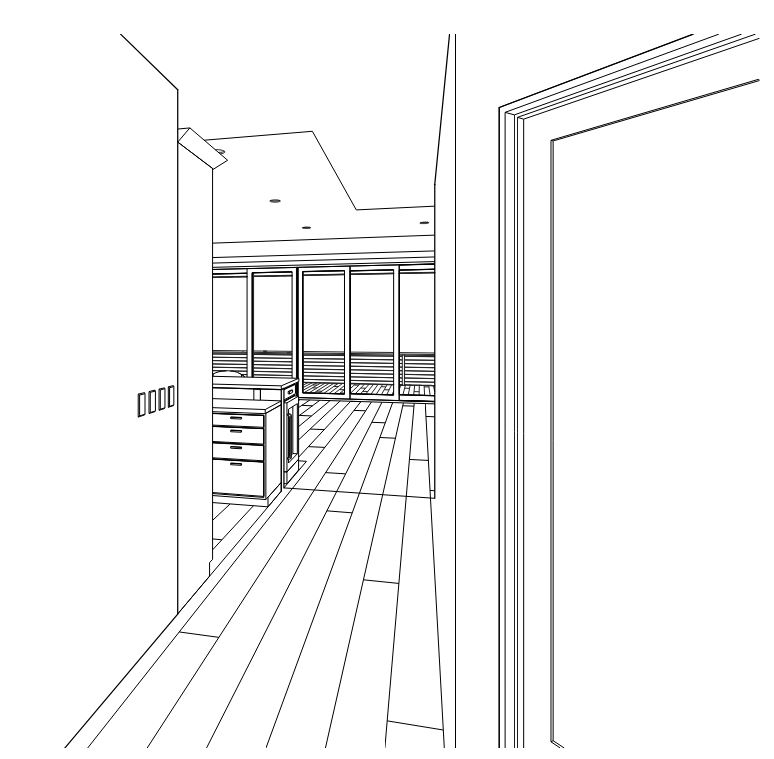 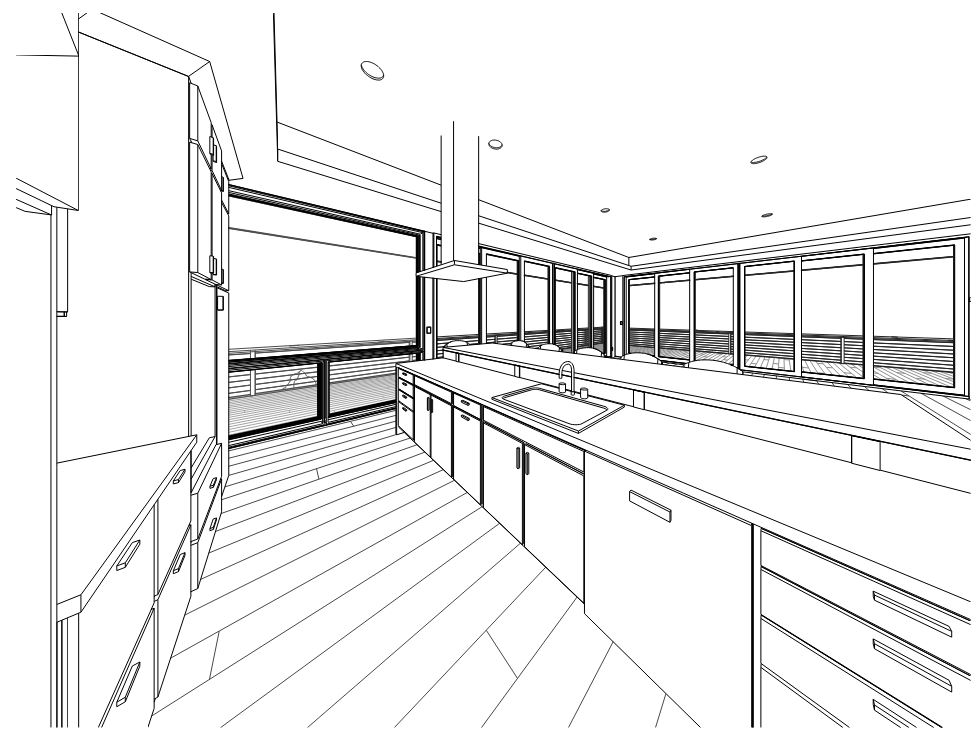 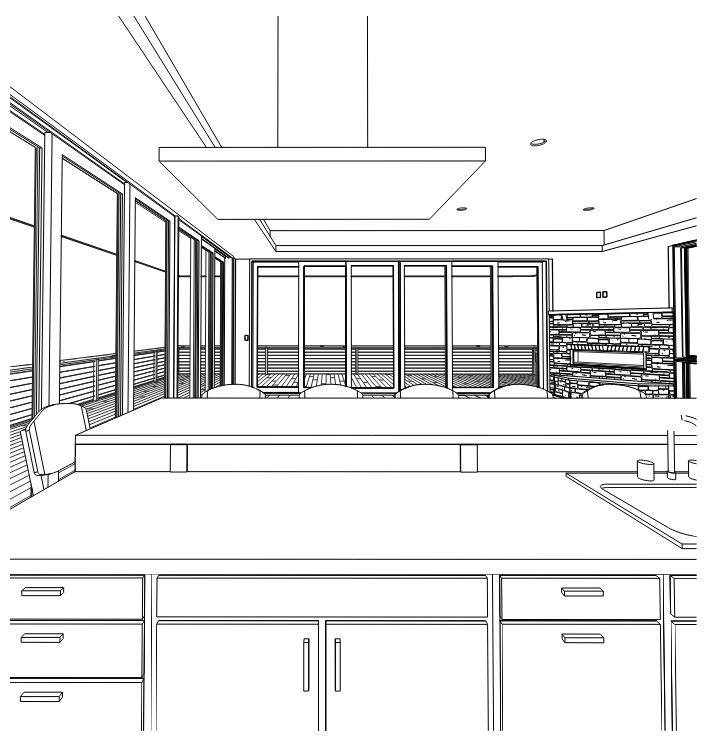 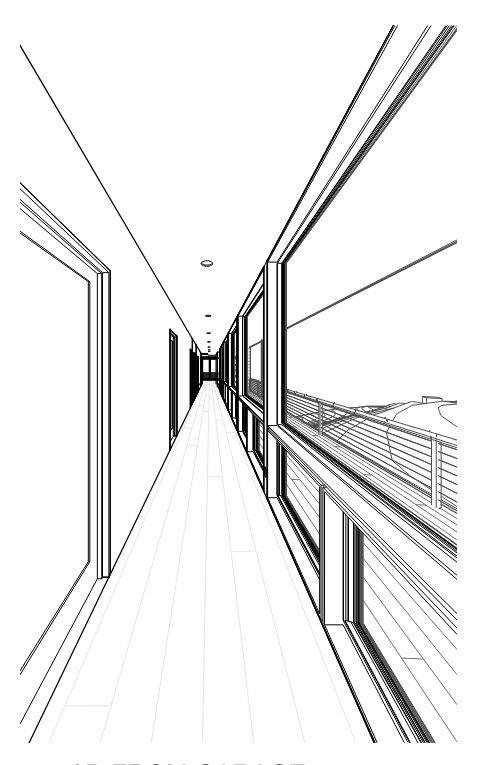 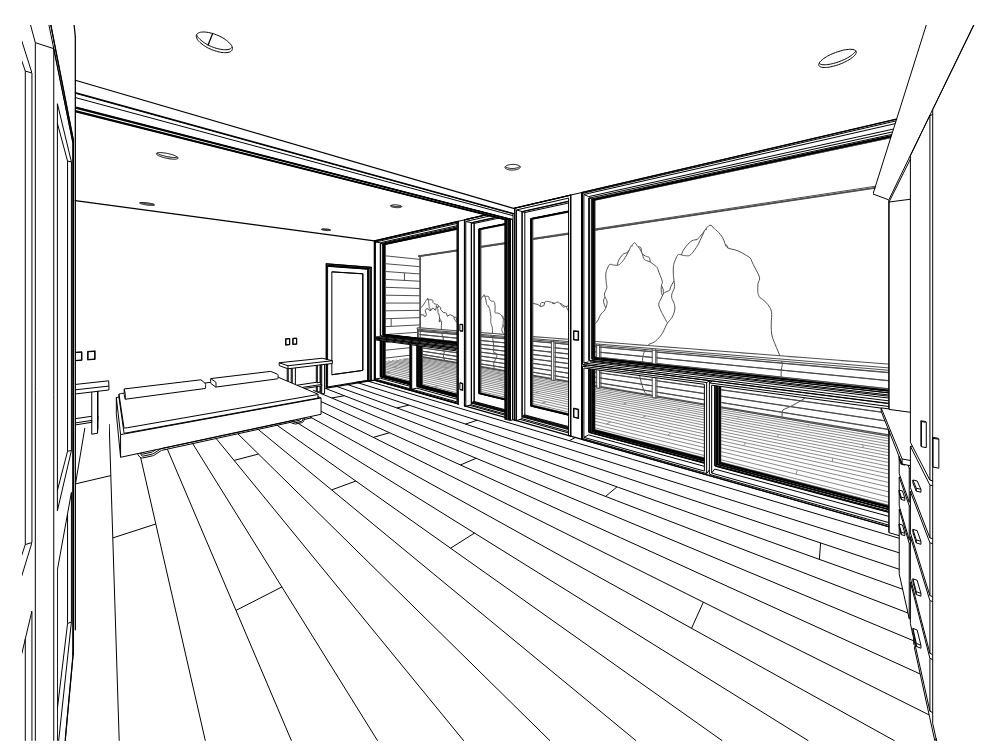 The base inspiration of this home was inspired by the lovely House in Yatsugatake (Nagano, Japan) by Kidosaki Architects Studio. The Clients fell in love with the home and wanted an American cantilevered home with similar features that they had loved and appreciated. It had been given the nickname of being “Japalachian” by the Client which had stuck as a hybridization of Japanese and Appalachian Architecture.

This 3,200sqft residence was an exceptional cantilevered building that launched off of a steep slope of Couch Mountain, The form is complimented by a Standing Seam roof that subtly enforces the transverse of a heavily longitudinal home. The siding enforces the longitude nature with Allura Lap siding, as well as stacked fascia along the horizontal roof and floor planes, with Stucco siding along the lower level base. Two steel columns subtly help support the cantilever while blending into the background of the house’s composition. The home has a great room in which the living room, kitchen, and dining rooms are open to one another, with surrounding windows and a six panel sliding door that not only allow beautiful views of Henderson County, but also open to the South & West wrapping deck. The Master Bedroom has wonderous southern views that are also prominent in the Master Bathroom, where a wet room along the southern wall grants the ability to soak in a shower or tub while appreciating the world beyond the windows. Two bedrooms are also on this main level, with one doubling as office space, with a murphy bed to facilitate the program. An interior folding partition divides these two rooms, as a way for the bedroom to gain space when only one is occupied. The house has a two car garage with a dog washing area and a stair to the lower level. The lower level has rough-ins for future finishes in the event the Clients want to use the space. This forethought has the lower level to include a living space, small kitchen, bedroom, two bathrooms, work out room, mechanical space, and a safe-space in the form of a protected room with limited access from the main level and lower level. The living room also walks out [at grade] to a patio that anticipated a fire pit and garden area, with consideration of an area to continue bee keeping!