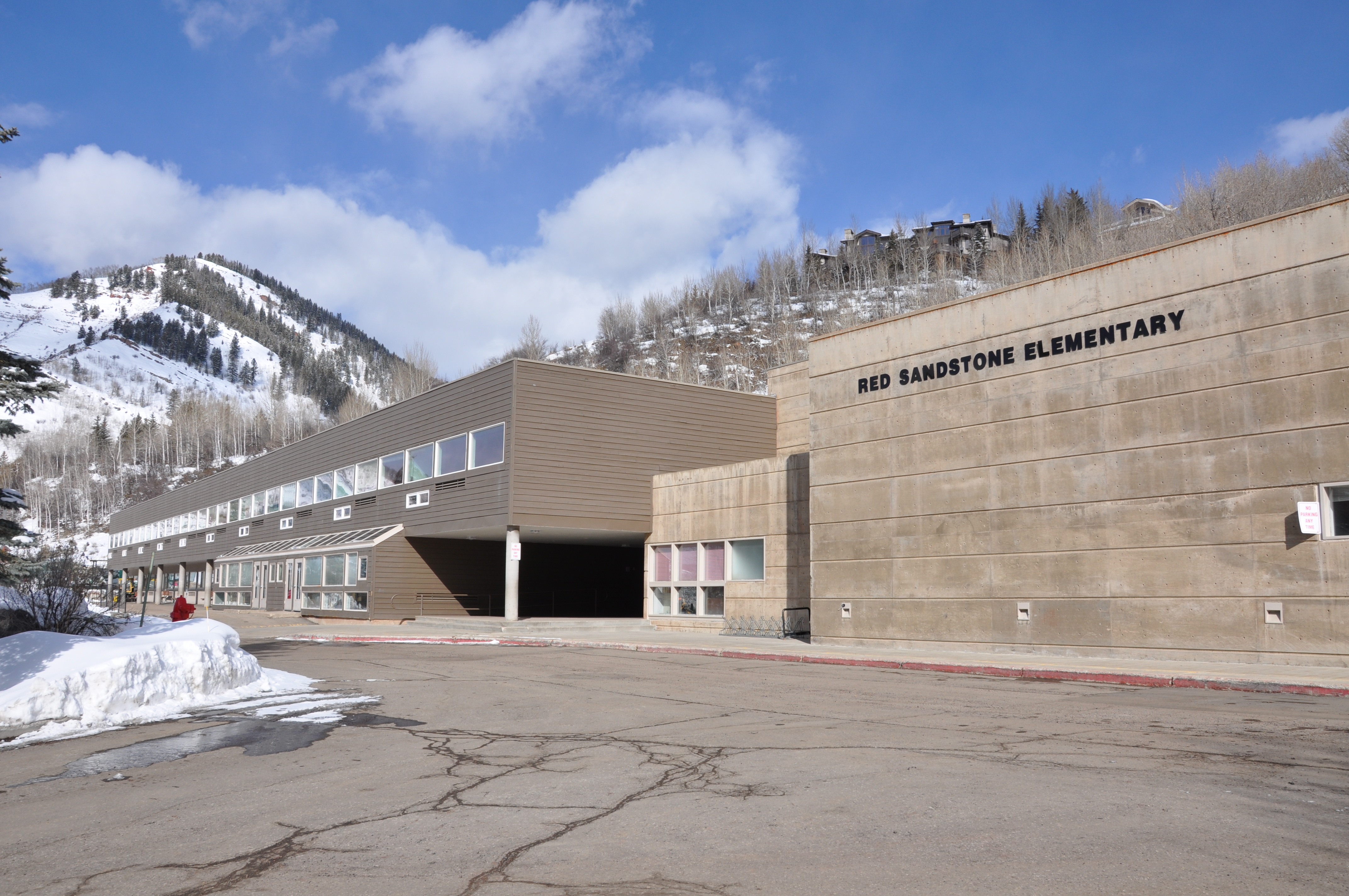 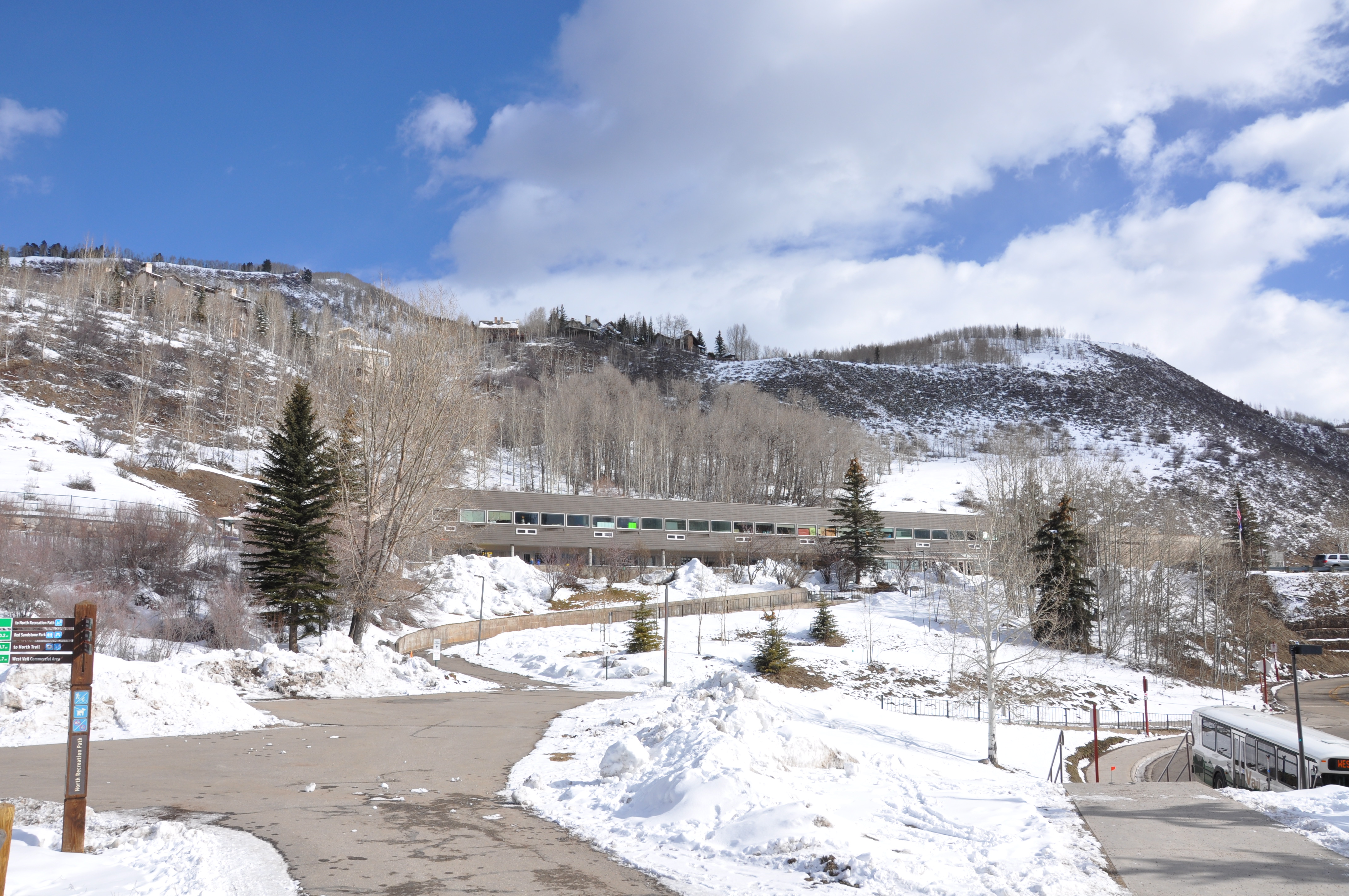 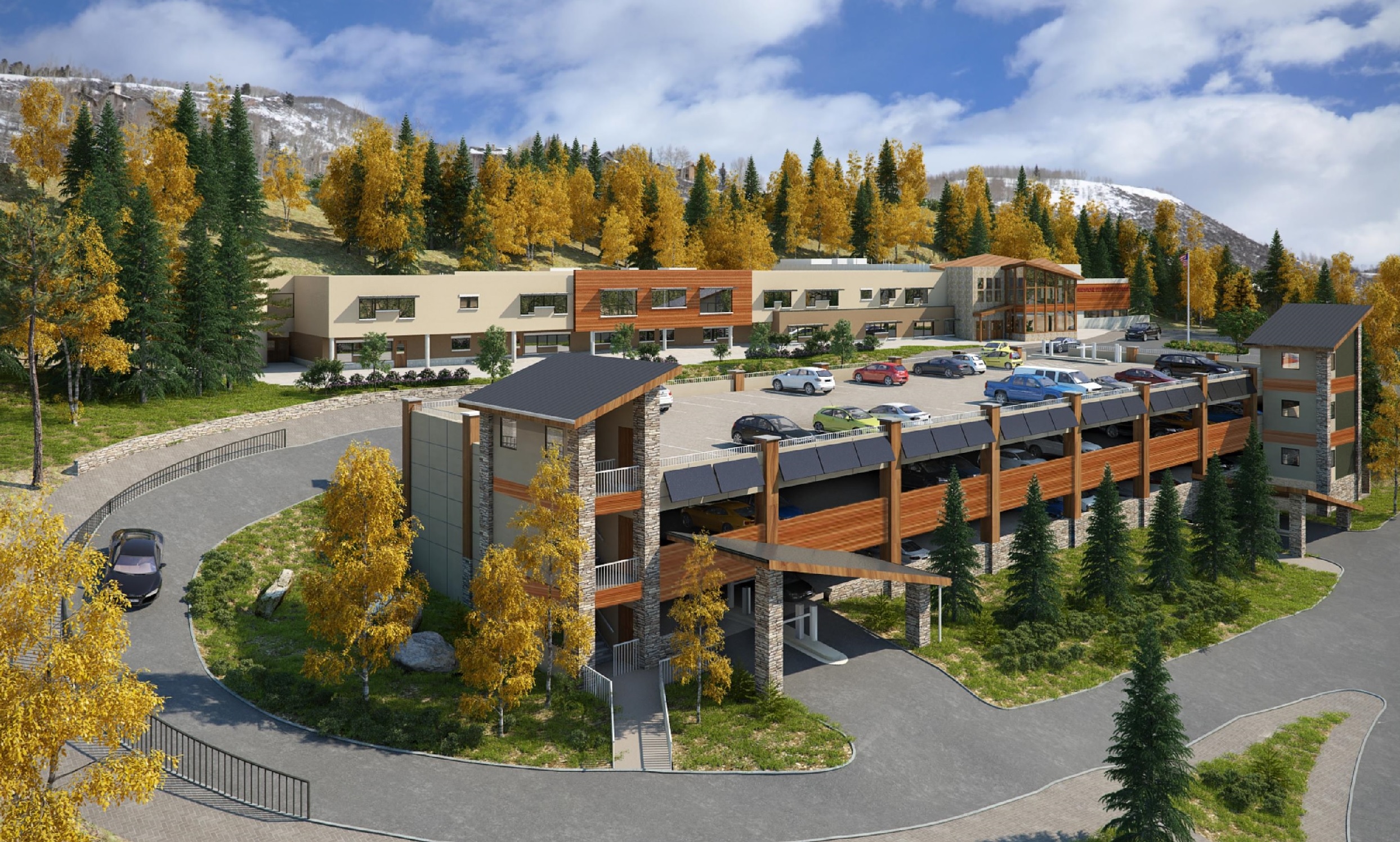 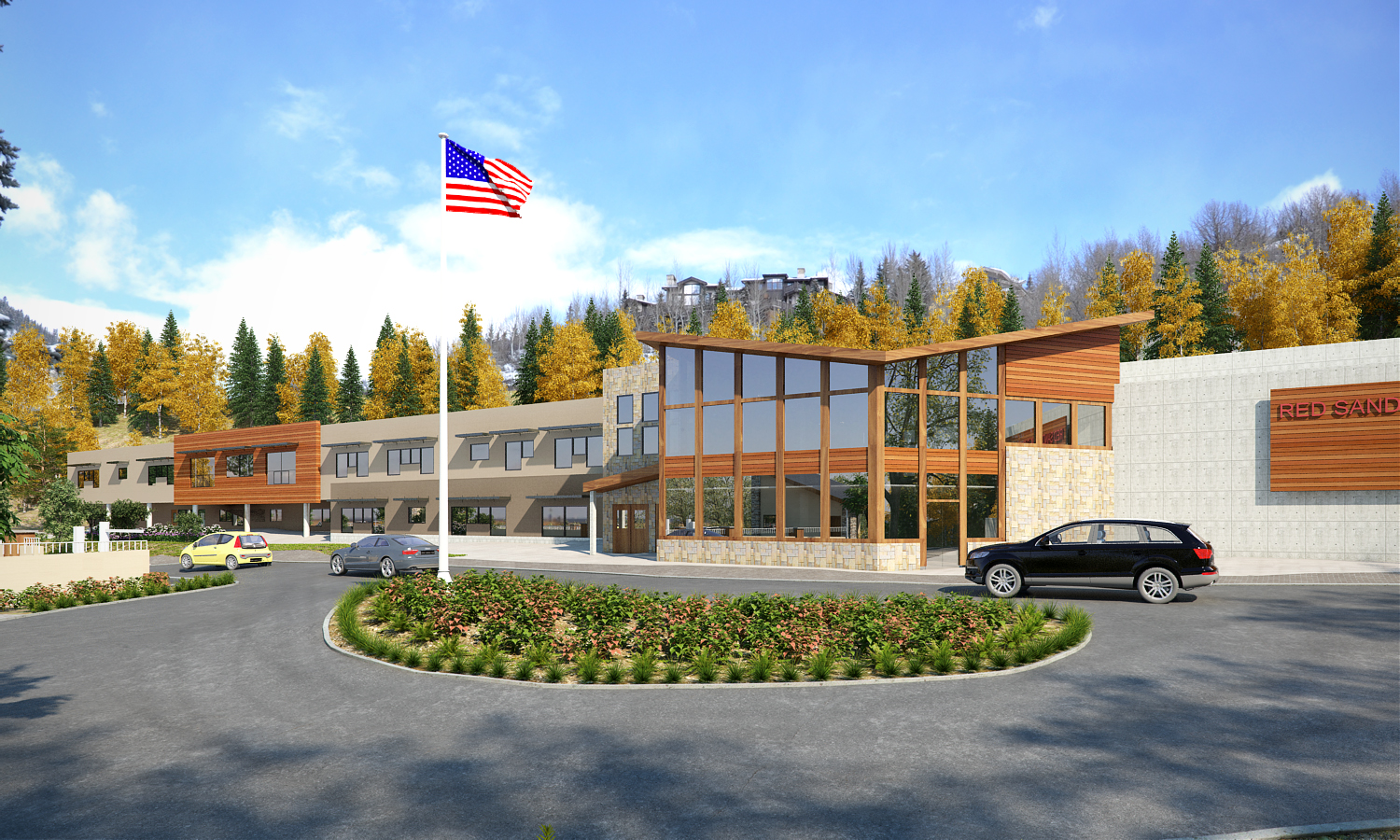 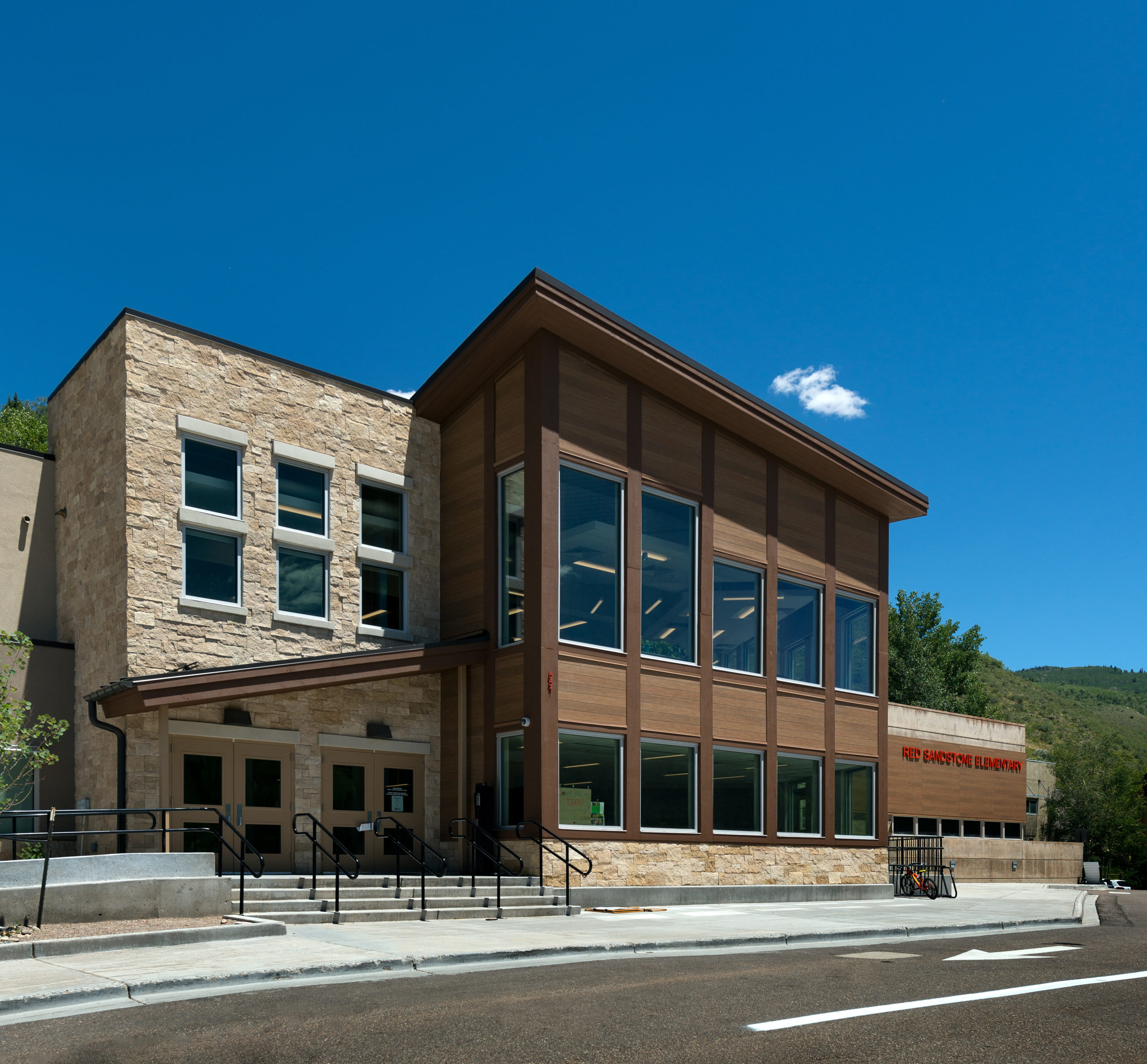 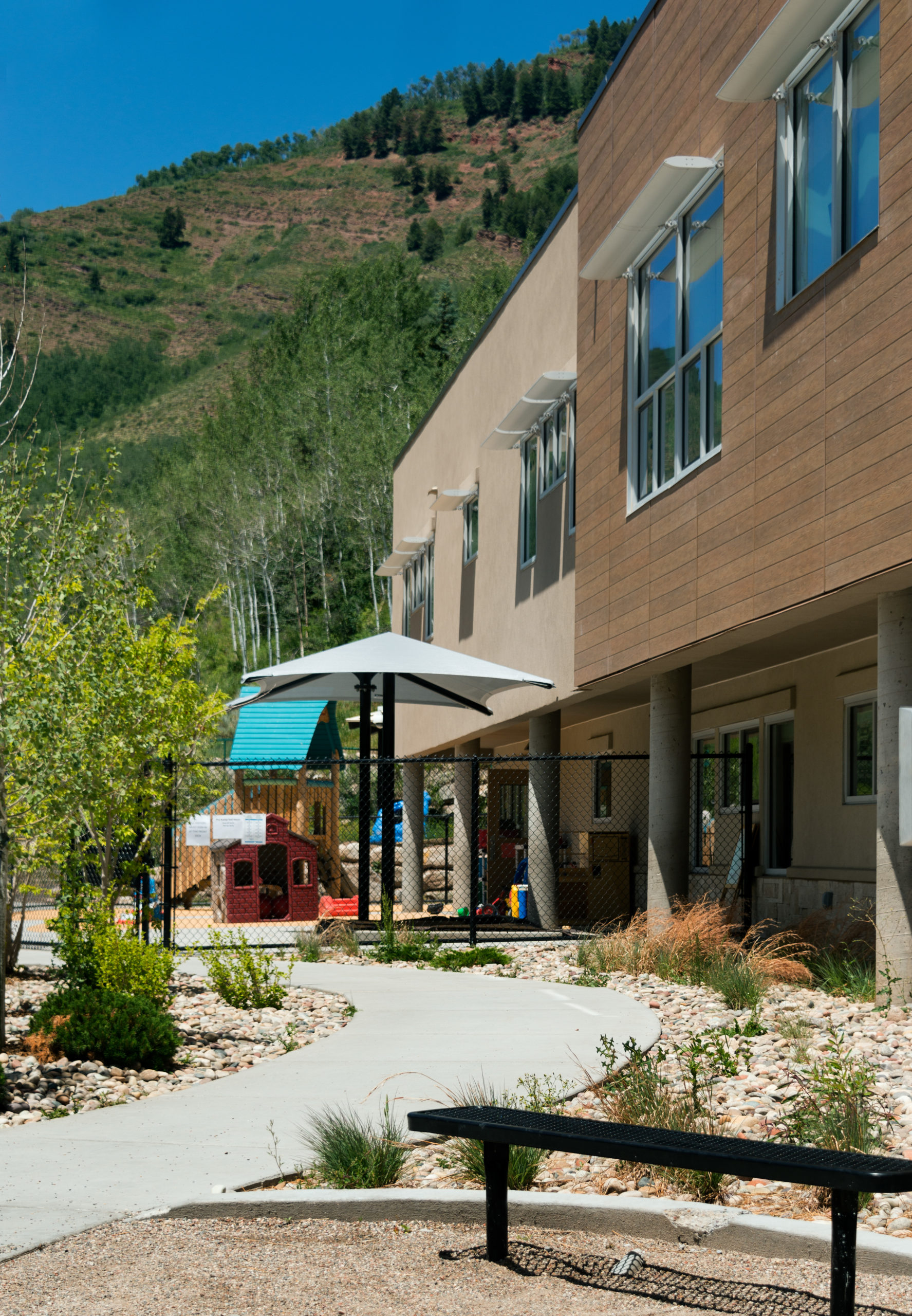 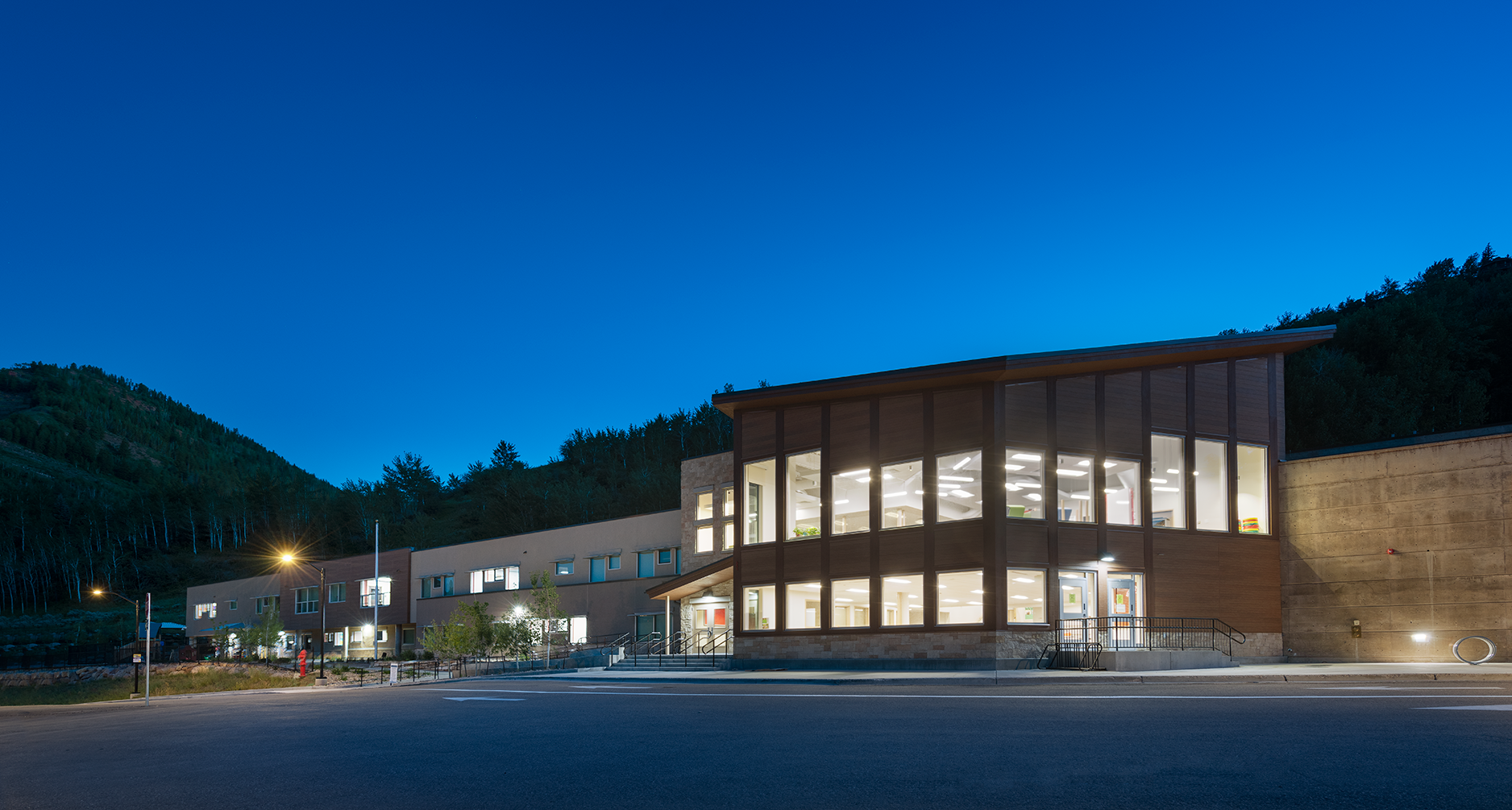 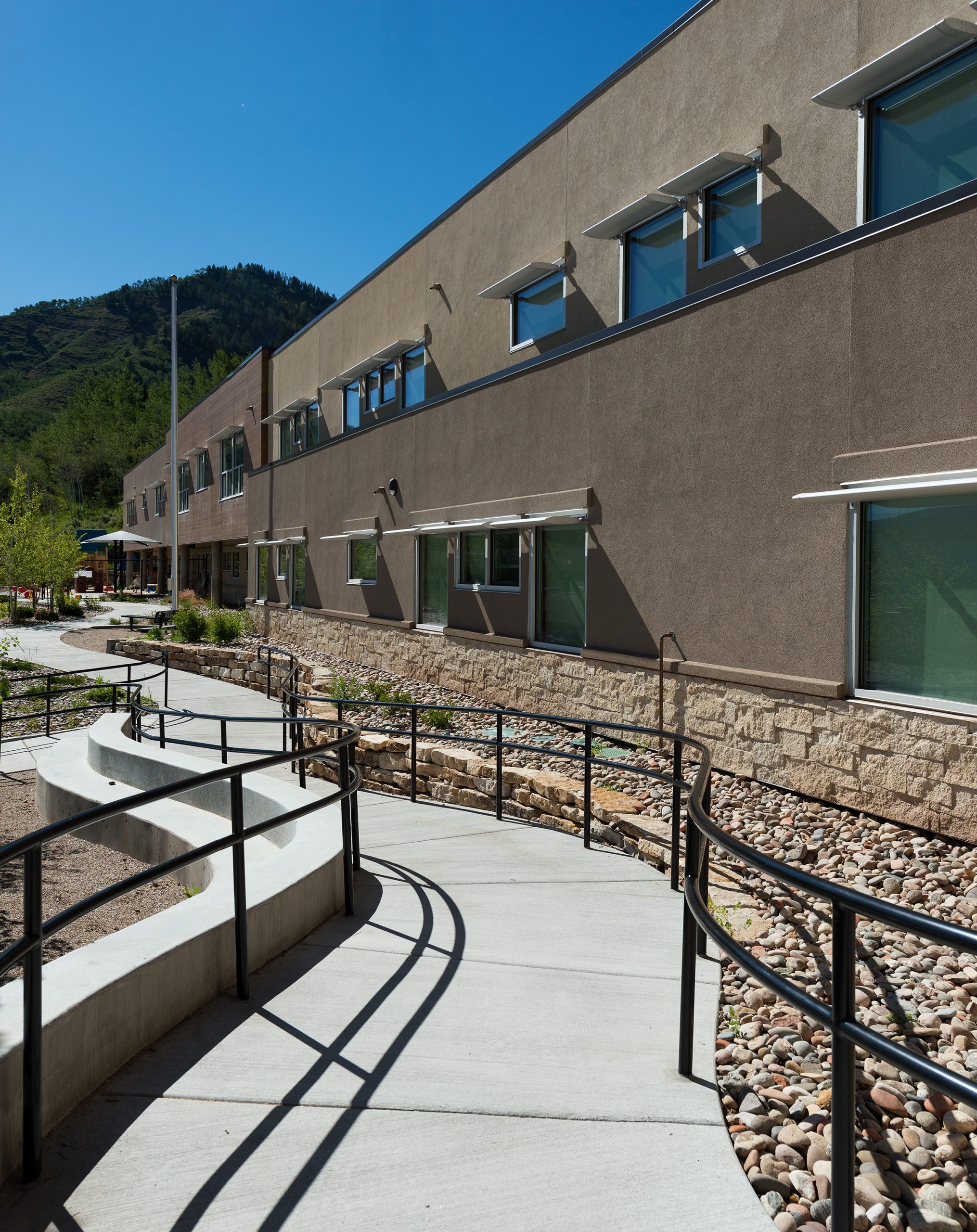 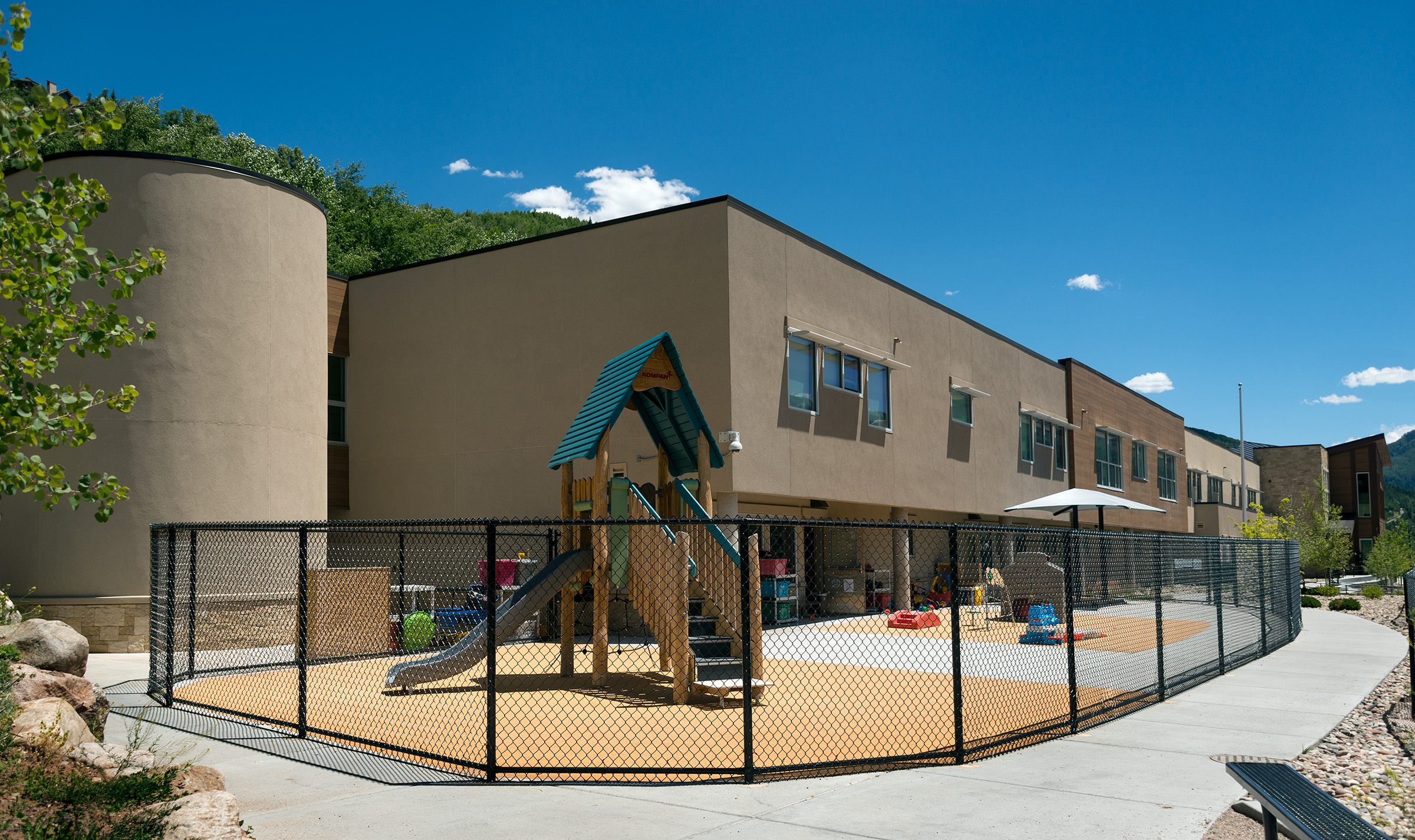 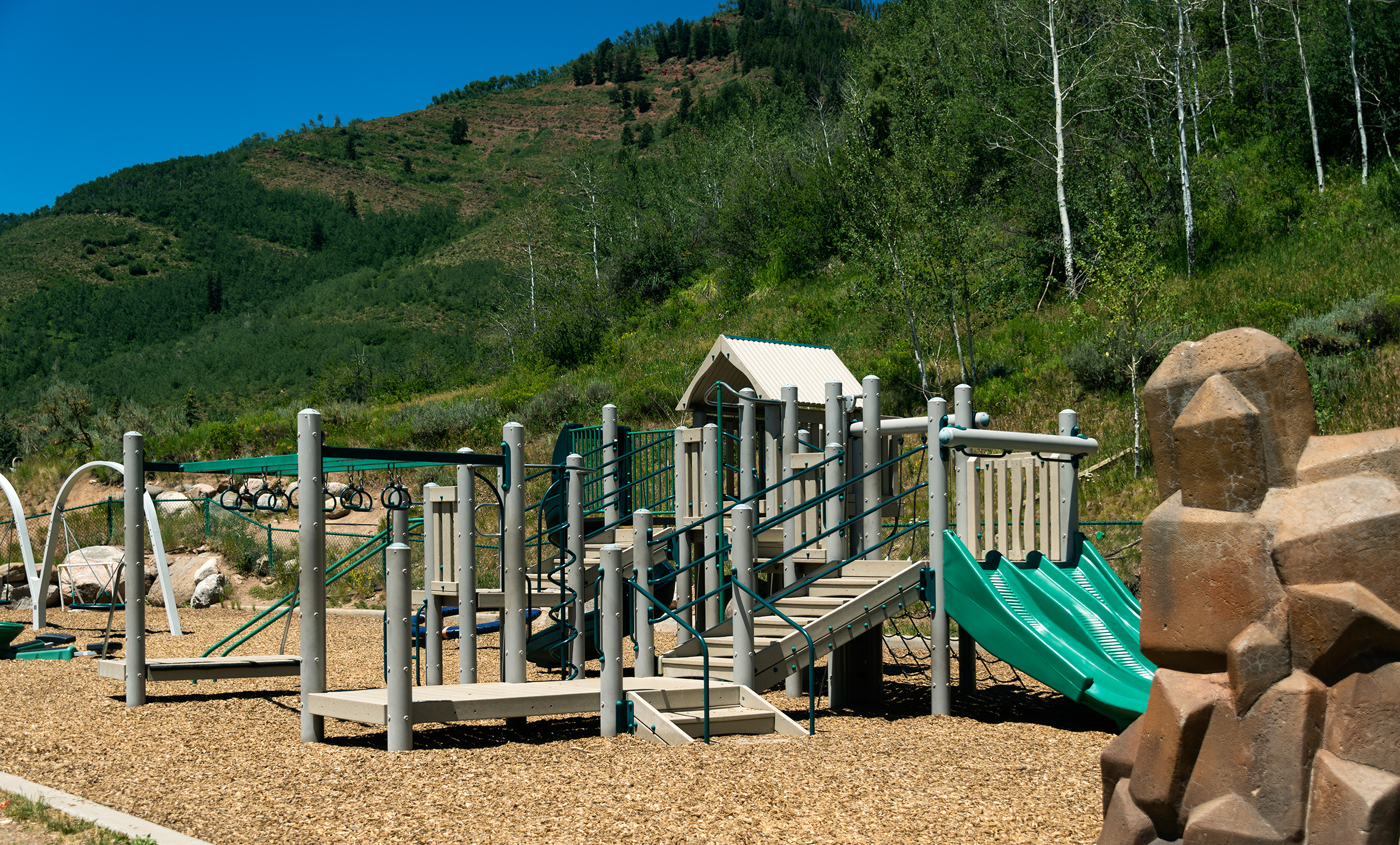 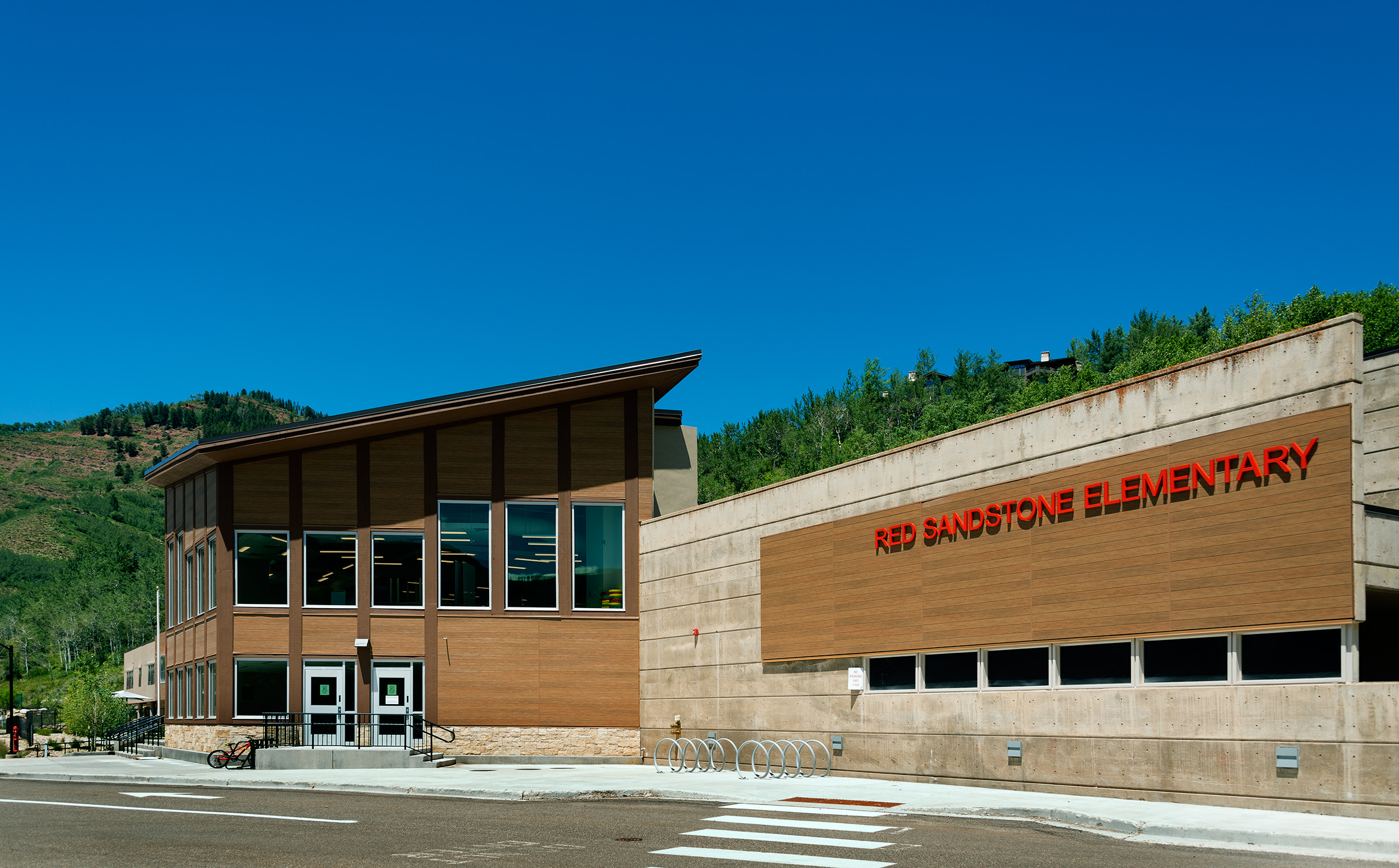 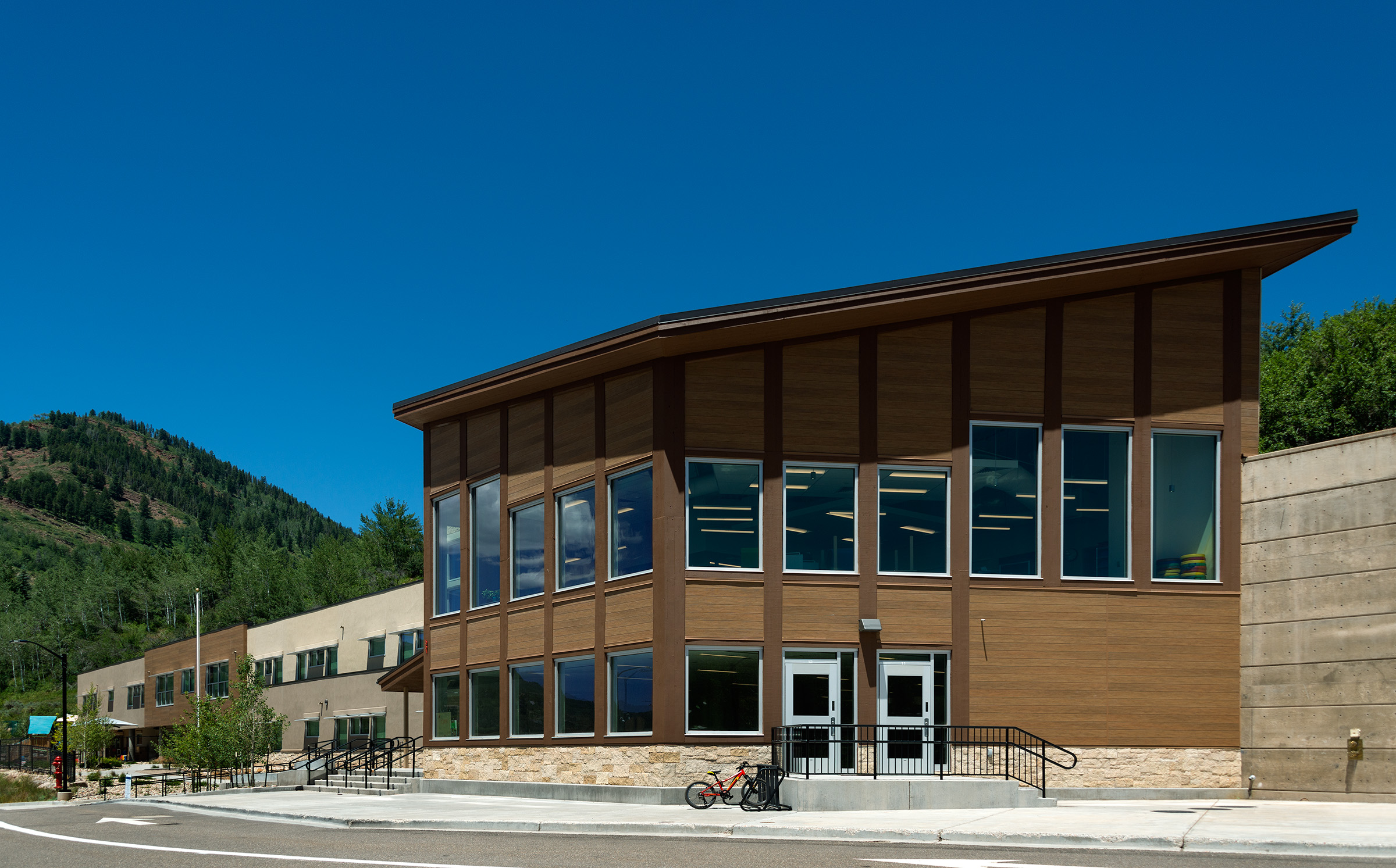 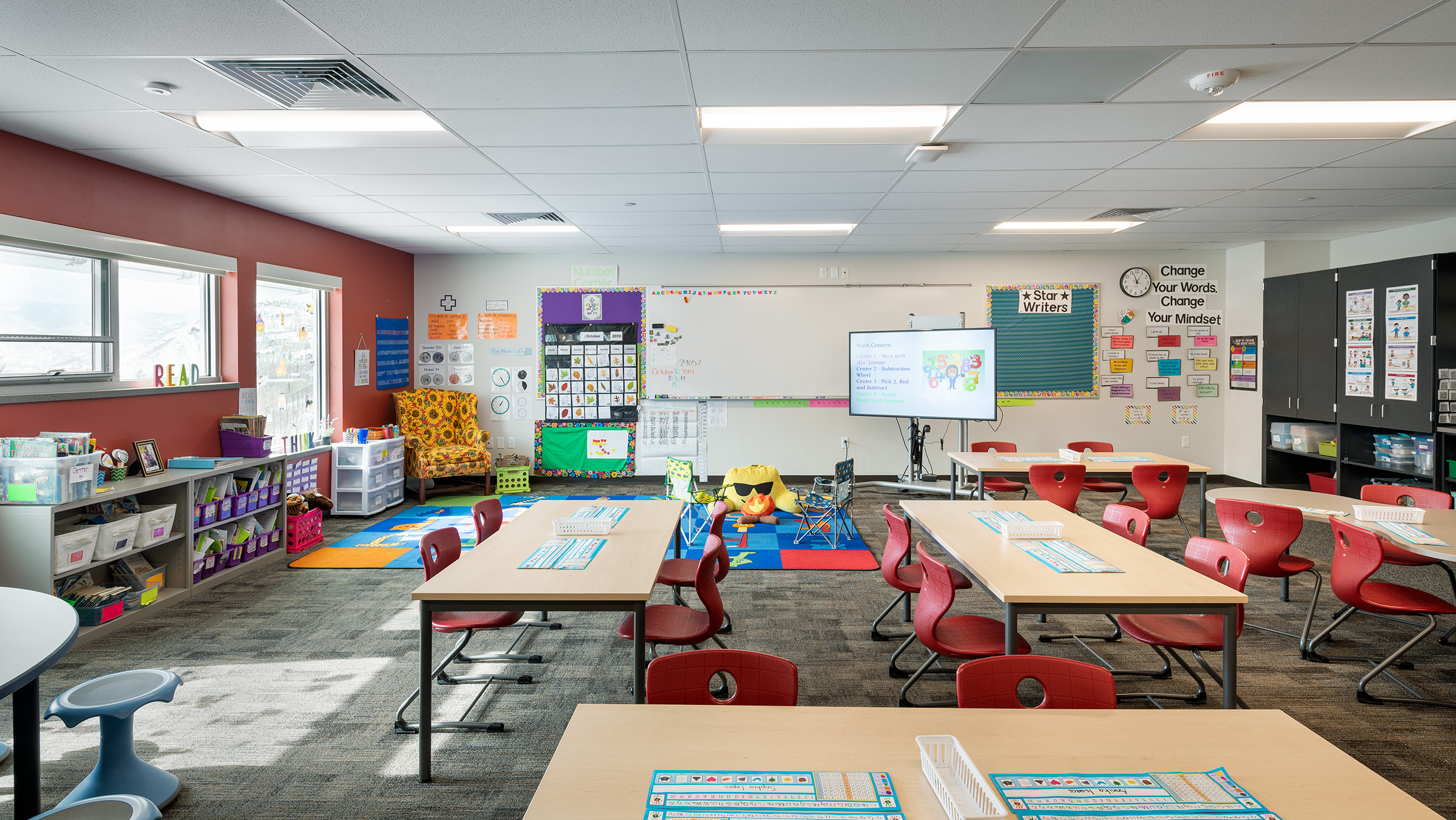 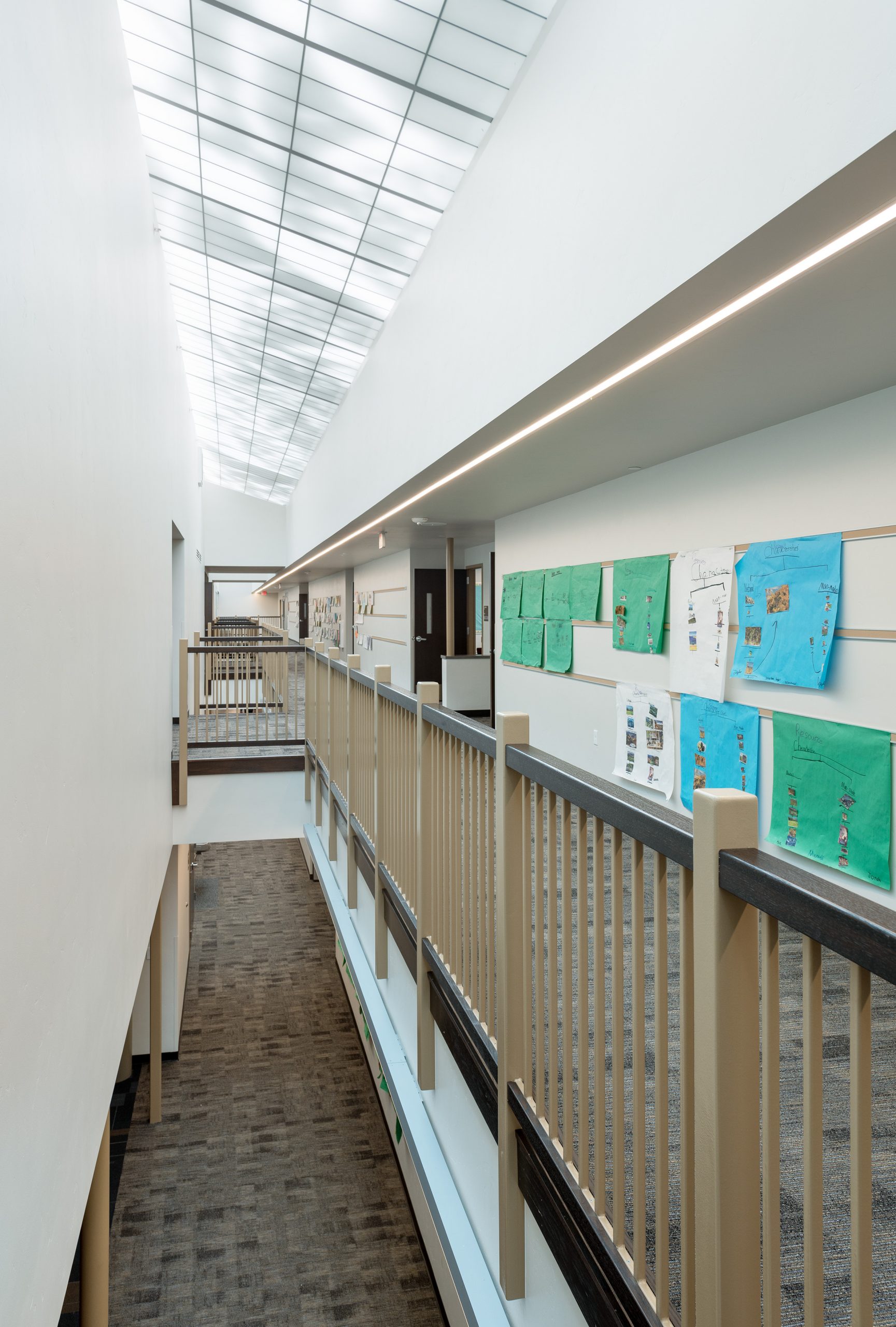 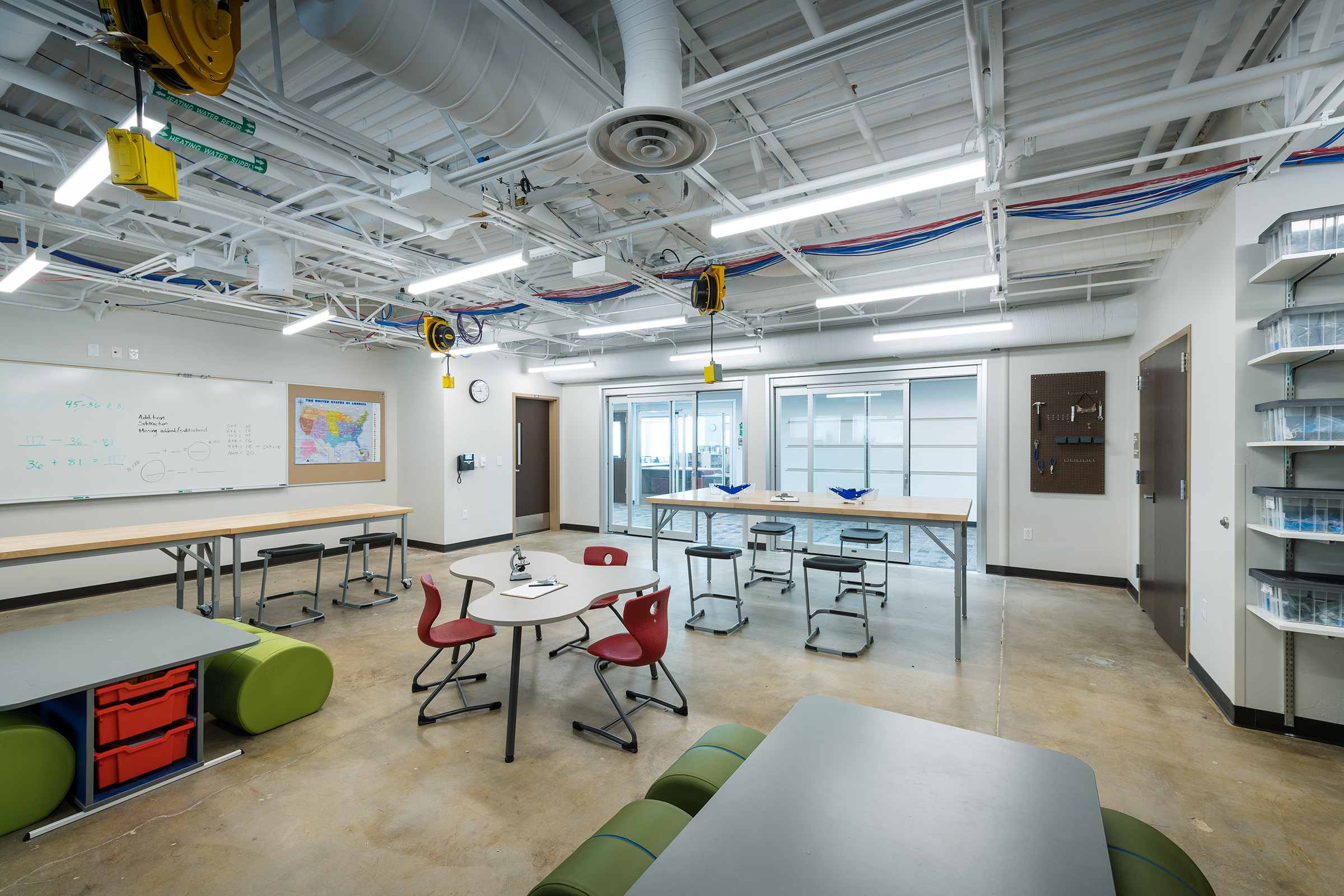 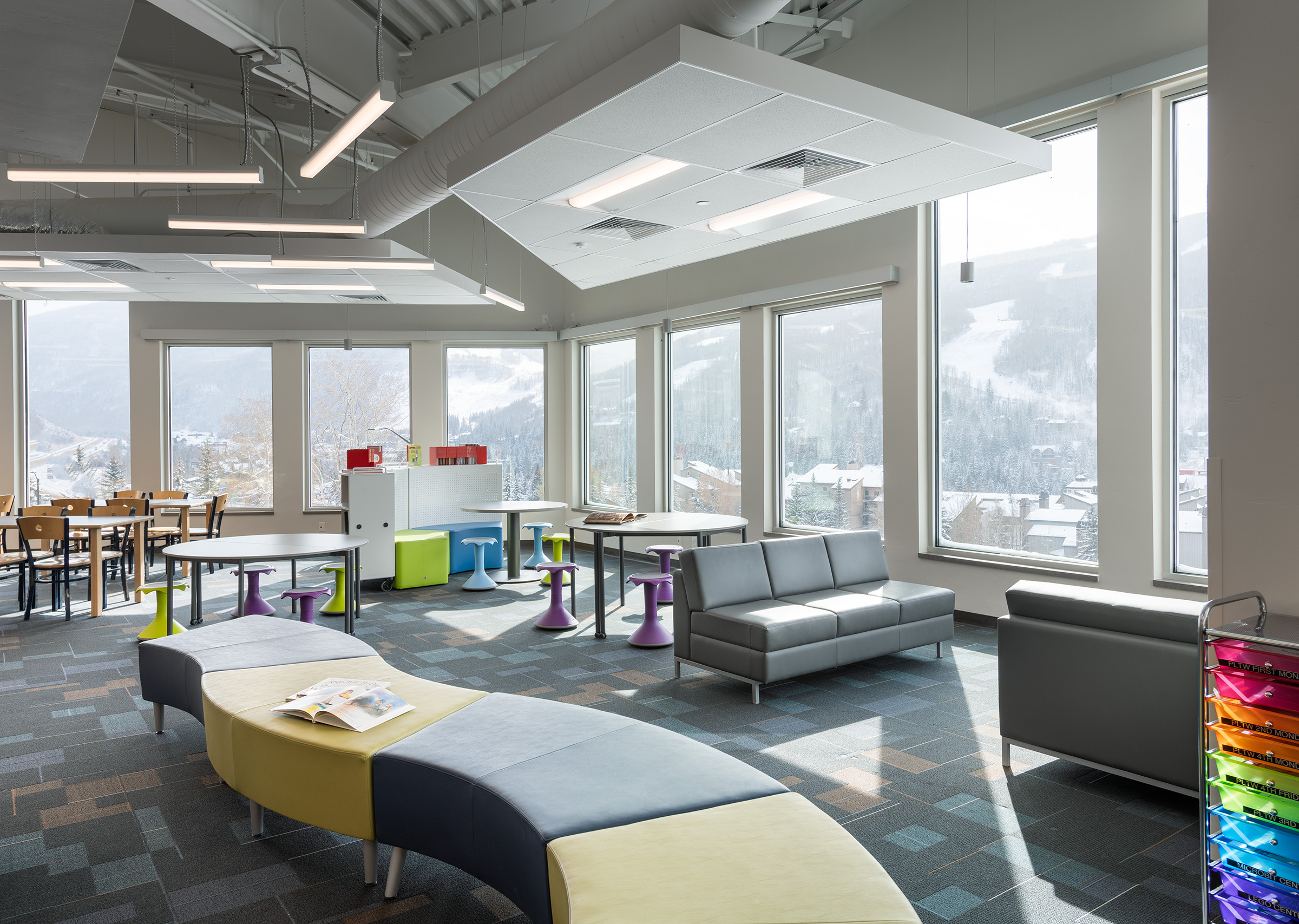 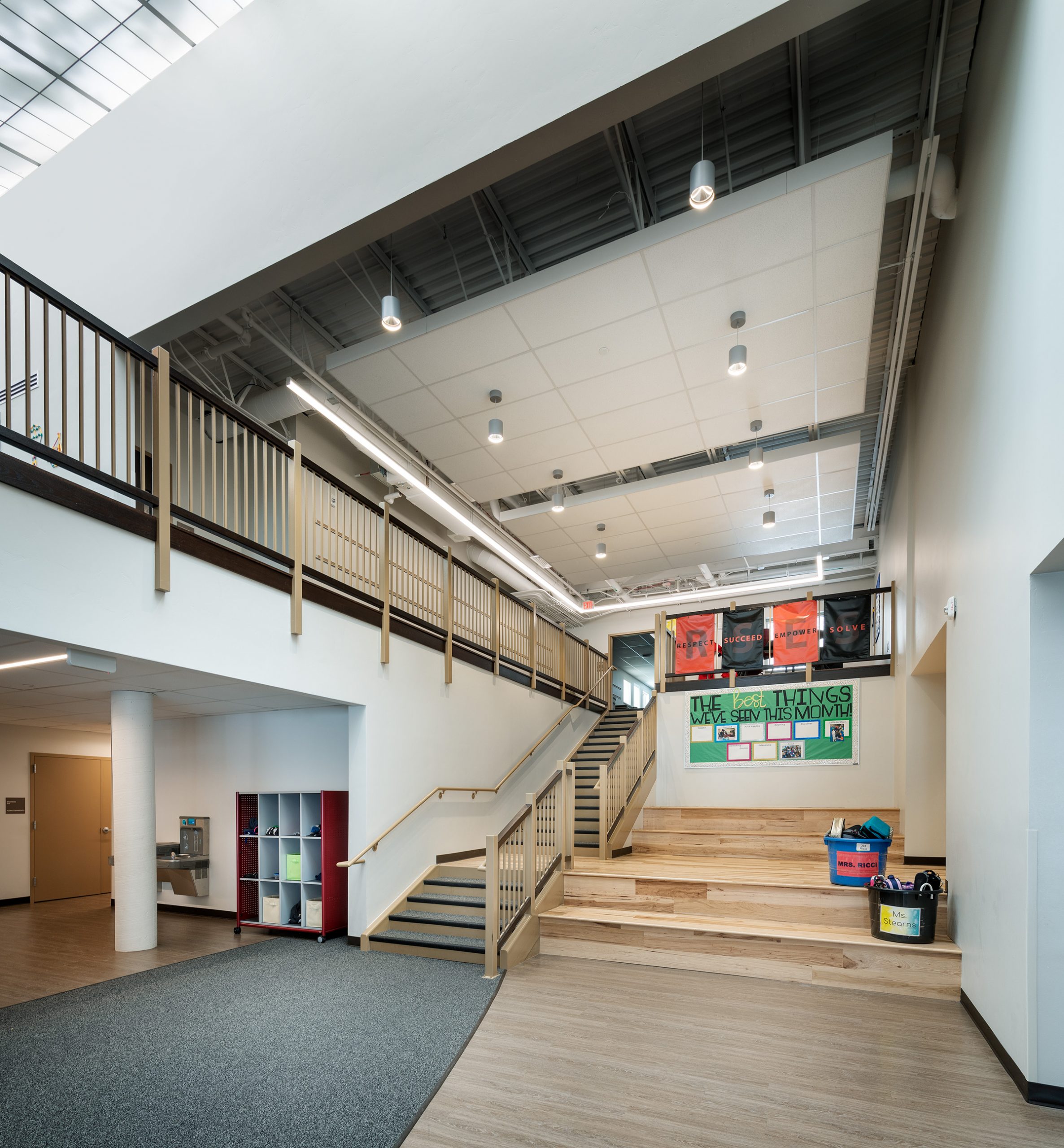 Red Sandstone was originally built in 1977 as a K-5 Elementary School.  With the growing population in the Vail Valley, the district applied for a bond in 2016. Prior to the 2016 bond, the school district hired TAB Associates to create a master plan highlighting the issues at hand; inadequate ventilation and mechanical systems, no cafeteria space, small classrooms, no pre-school program, and a dated building which lacked 21st century technology and pizzazz. The master plan created a NEW school from the existing structure.  It addressed the school’s need for more flexible spaces, bigger classrooms, and 21st century upgrades.

The addition of the cafeteria space and new library allowed for the existing classrooms to expand into the existing library space.  Additionally, a new 21st century ‘maker space’ was added to the program to encourage a state of the art learning experience for the students.  The addition takes in the expanding views of Vail Mountain and is the transitional piece between the two existing wings of the school.  All existing spaces were upgraded, refinished and redesigned with a new/more sustainable mechanical system.  The exterior was also refinished, bringing the existing building the desired vibrancy that the district was looking for.